Recent achievement: VKV BADARPUR secured 2nd position in the Quiz Competition were held in Maharshi Shondipon Vidyapit, on 23rd January 2022. The total number of schools that participated were six and the maximum number of students who participated from each Vidyalaya were three. The topics of the quiz were, Swami Vivekananda, Indian Independence, Science & Technology & General Knowledge. 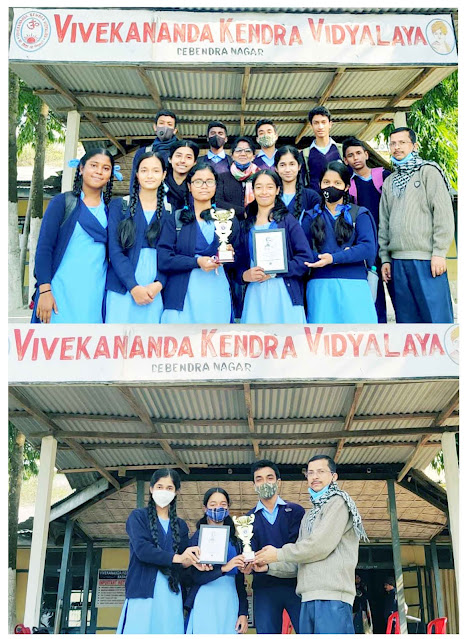 DIKSHA APP TO CONTRIBUTE MORE IN EDUCATION GET MORE INFO

COLLECTION OF CBSE BOOKS IN ELECTRONIC FORMAT GET MORE INFO

Thank You To All The Visitors

Activities Over The Year

VKV Badarpur, the 42nd VKV in the Northeast India, is located near a historic fort on the bank of the river Barak in Karimganj district of Assam. Follow the map.